On the week of the 75th anniversary of D-Day we look at the Château du Baffy's history during this period: 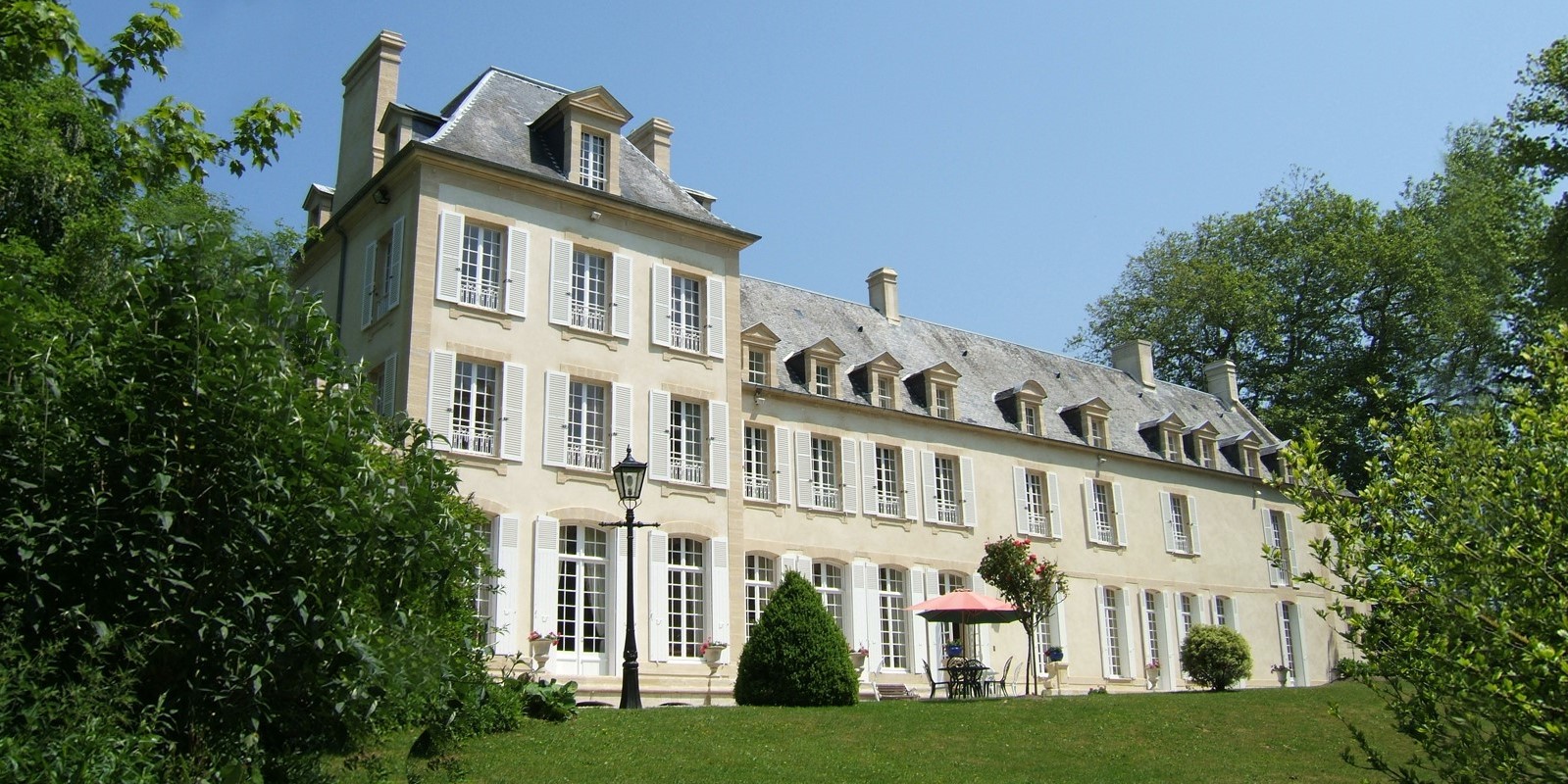 Thursday 6th June marks the anniversary of the D-Day Normandy Landings. The Château du Baffy had an incredible history during WWII and is located only 15 minutes from the landing beaches. The following account of the chateau during WWII is translated from eye-witness accounts, and tells a little of its story...

During the war, the town of Colombiers sur Seuilles and those surrounding it, were occupied by the Germans. However, in June 1944, Colombiers was liberated. Germans who had been using the chateau, and hiding in the parks and areas in the lawns, fled the scene, and so those who lived in the chateau celebrated with the soldiers.

The chateau was used as a commune for all alliances. French priests, soldiers and officers of Canadian, American, English and Scottish descent, who came through Colombiers sur Seulles in addition to refugees from nearby towns. There they pitched tents and camps and were fed, watered, and provided with alcohol. Those from nearby villages whose own property or towns had been destroyed also visited the Château. Many of the officers brought with them tea, chocolate, cigarettes and soap.

At night time, the bombing was at its worst and those who were in the house would run to the trenches for cover. They would keep mattresses there for sleeping. It was said that the bombing would be so loud that you had to scream to be heard. The dust would also make their eyes water. The sky would light up like fireworks. However, they would mostly return to the house for their meals where they would make bread, with enough for meals in the trenches if necessary.

American tanks were spotted in outside towns including Rennes, and so optimism spread within the commune that the war was almost over. The route to Caen was reopened, despite it being in ruins and everyone celebrated by singing and playing songs on the piano.

Students staying on a residential at the historic Château du Baffy can visit the nearby landing beaches, plus memorials and museums. Our teachers find students are given a unique opportunity of becoming as close as possible to this poignant and significant period in history.